Located near Newbury, it was a real joy to take on a garden design project with such a stunning view of Berkshire. The brief was simple; create structure and softening in the garden without detracting from the view, whilst blending garden and landscape together.

The existing, rather dilapidated summerhouse was to be replaced, with pathways leading to it for all-year-round access. With access in mind the self-binding gravel pathways were created around the garden, which makes the new steel-edged lawn a sculptural feature in itself. 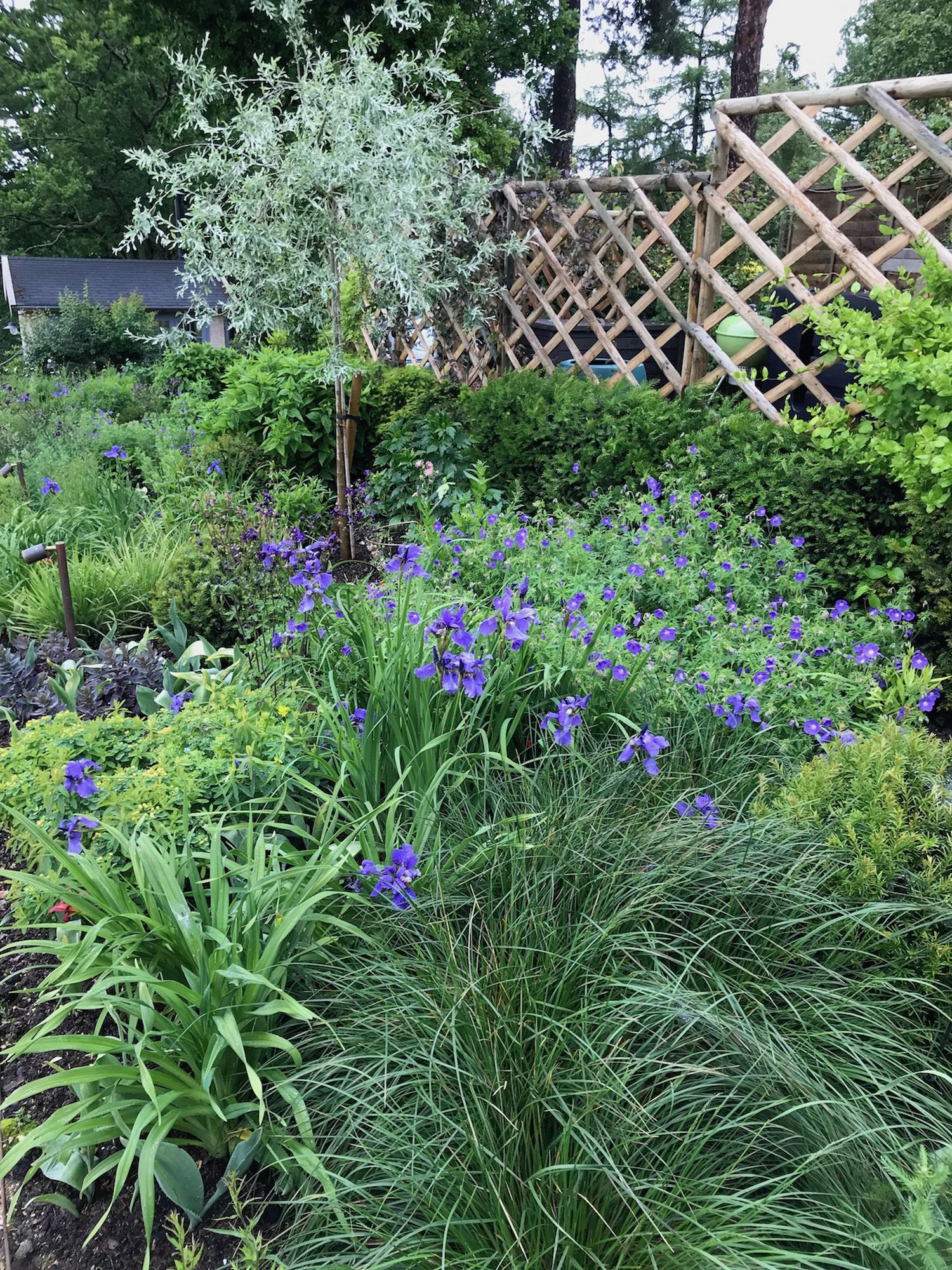 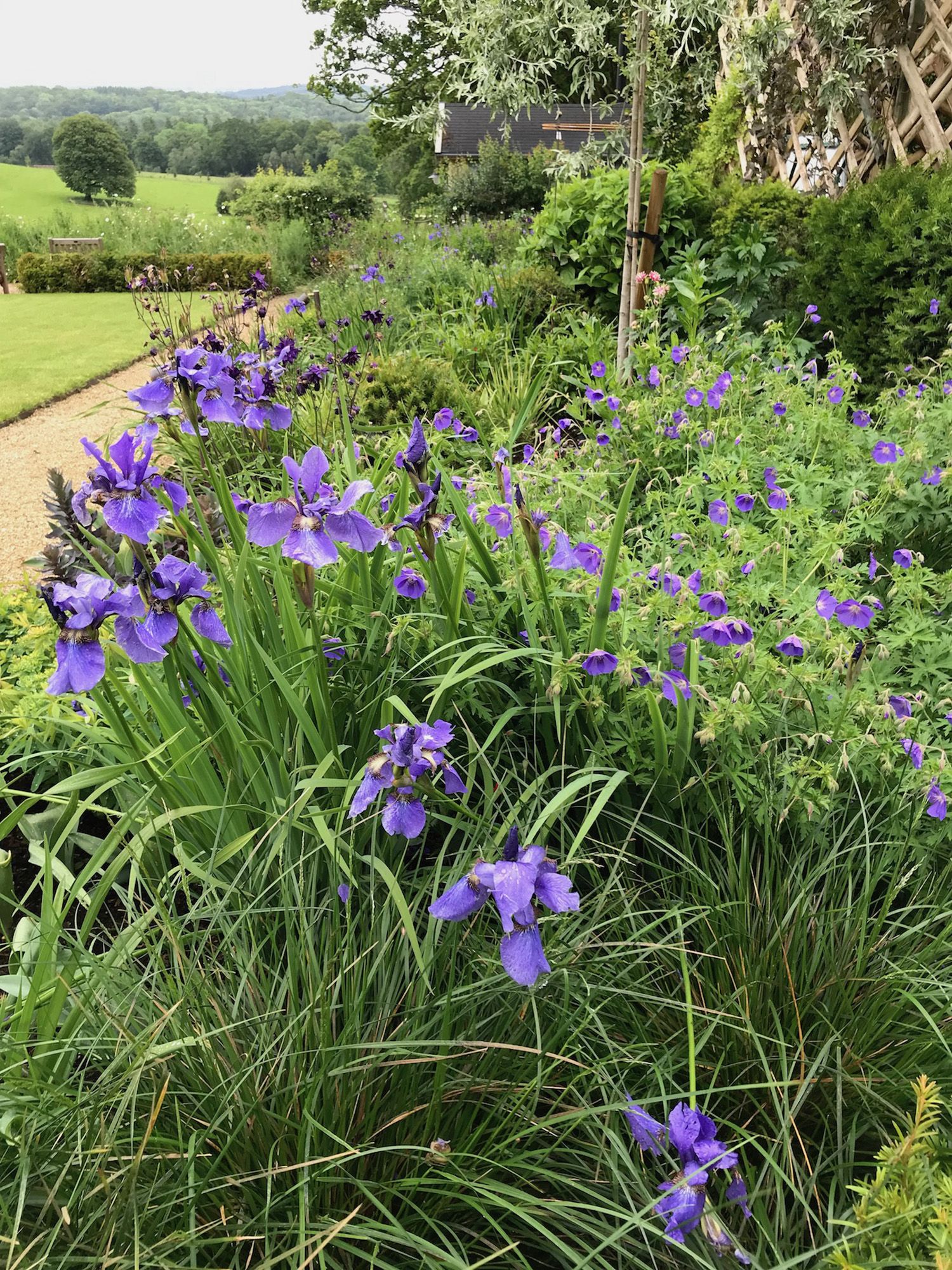 Large herbaceous borders surround the lawn and paths, containing a mixture of herbaceous planting and drifts of grasses, which create late-summer structure, continuing into autumn and winter. This structure is bolstered by random-placed clipped Yew domes, which pick out the trees dotted throughout the surrounding fields. 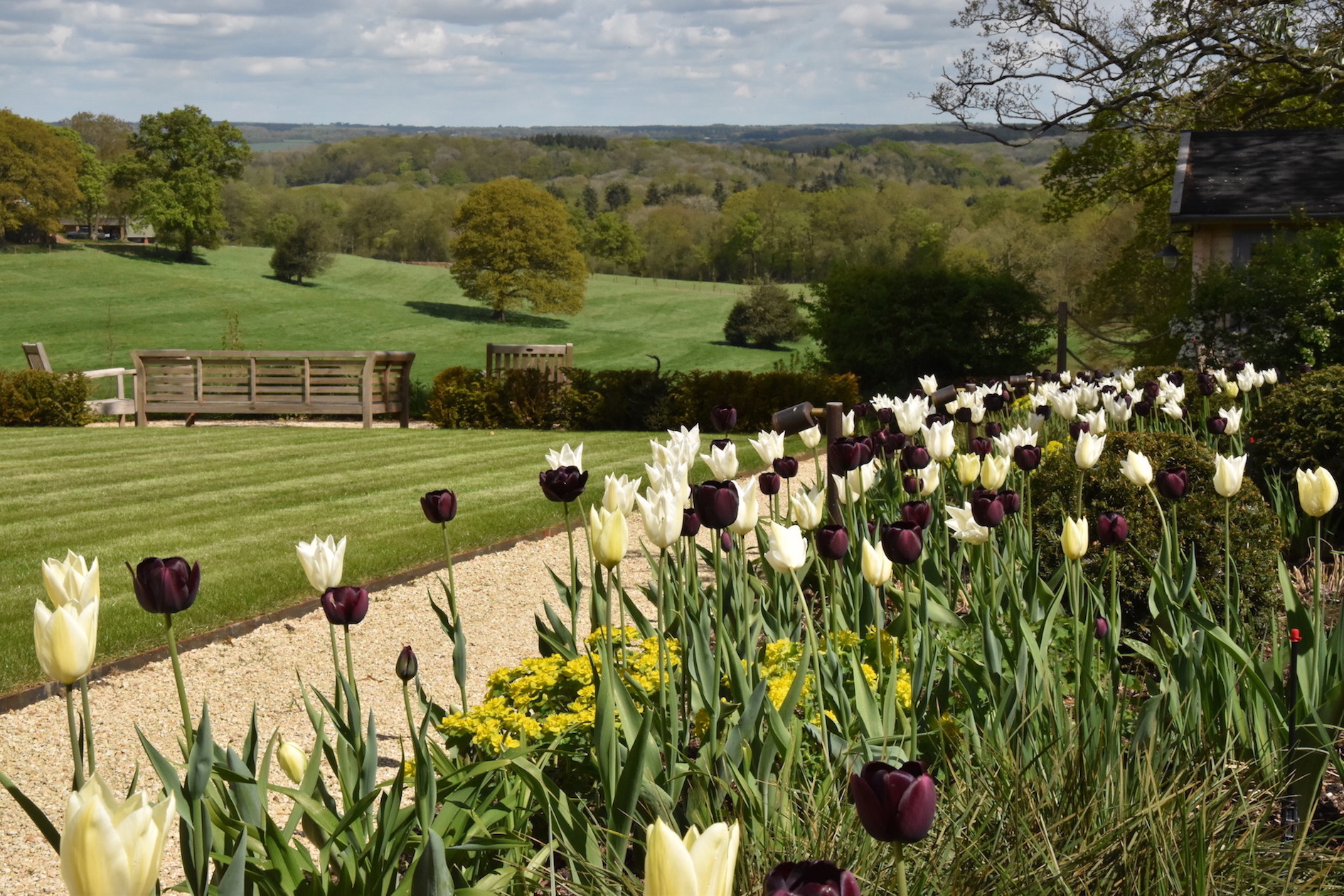 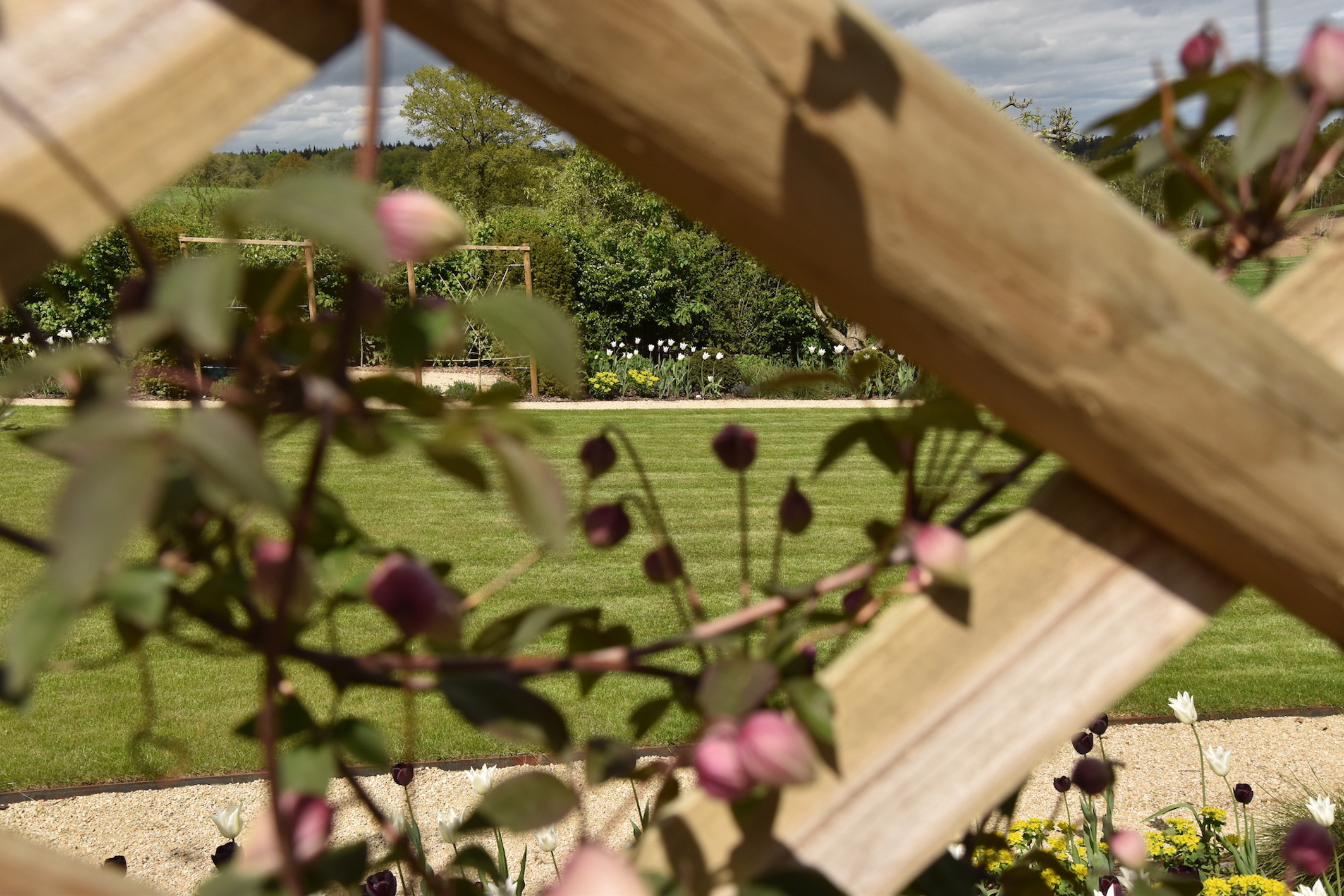 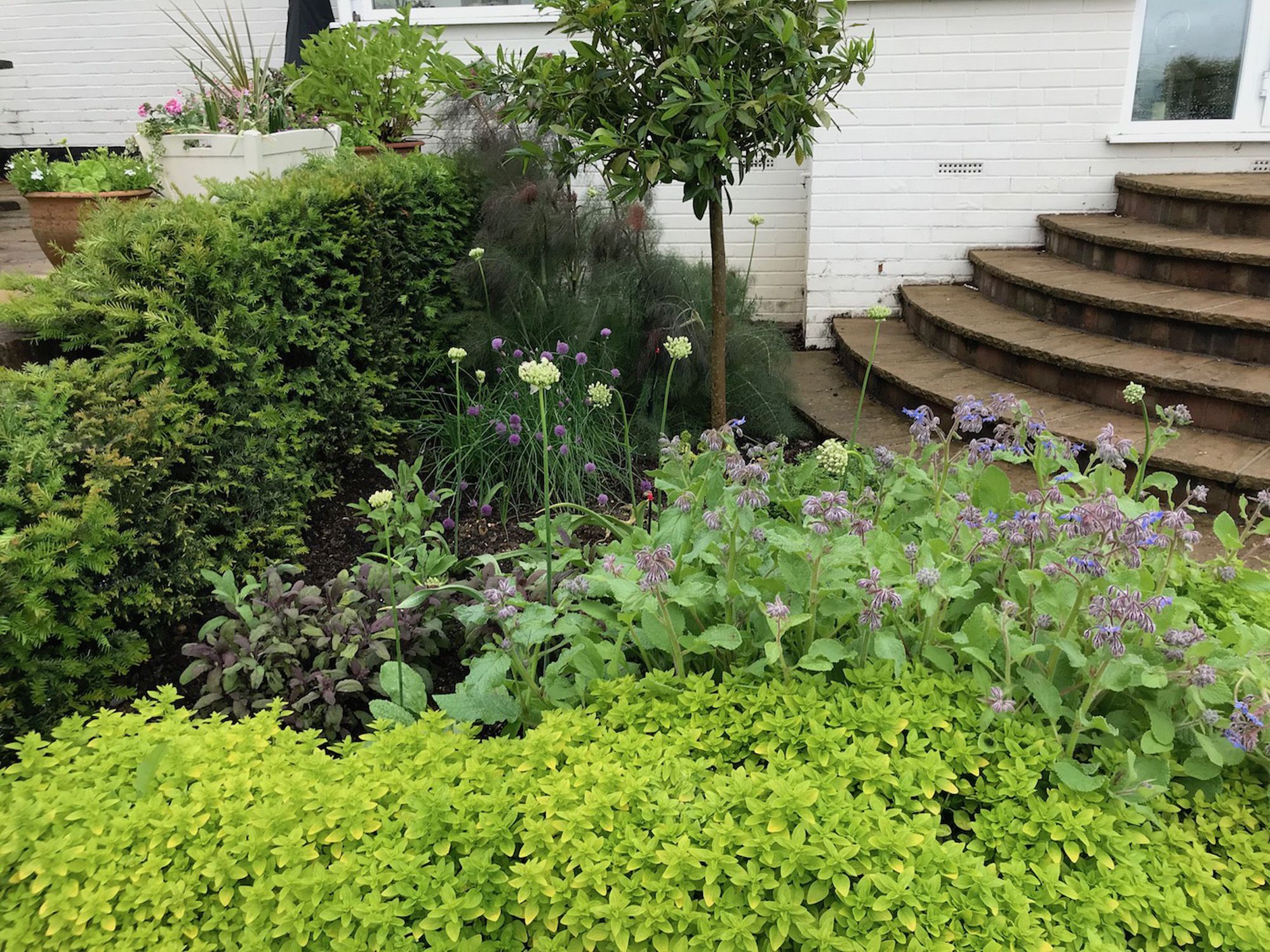 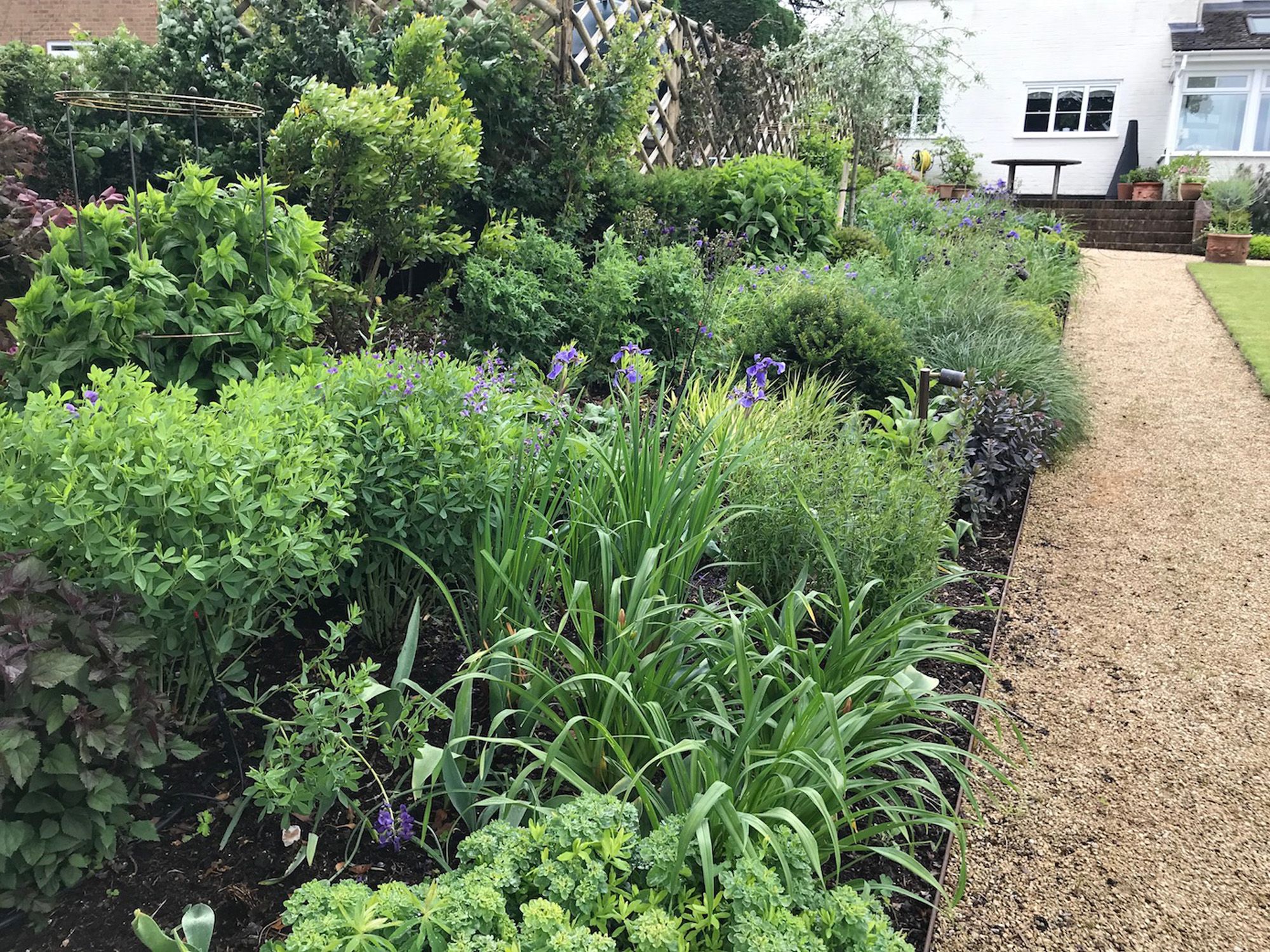 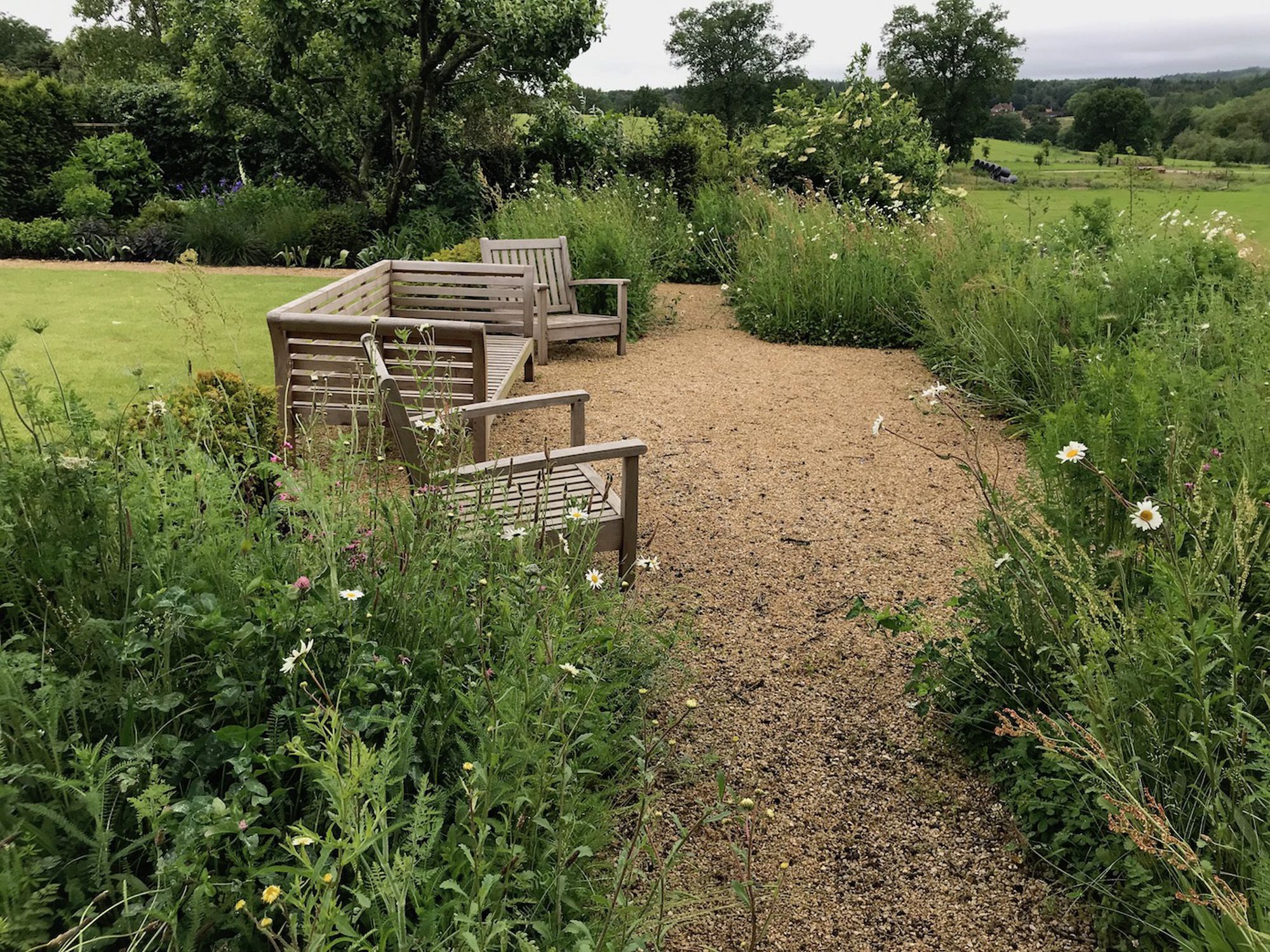 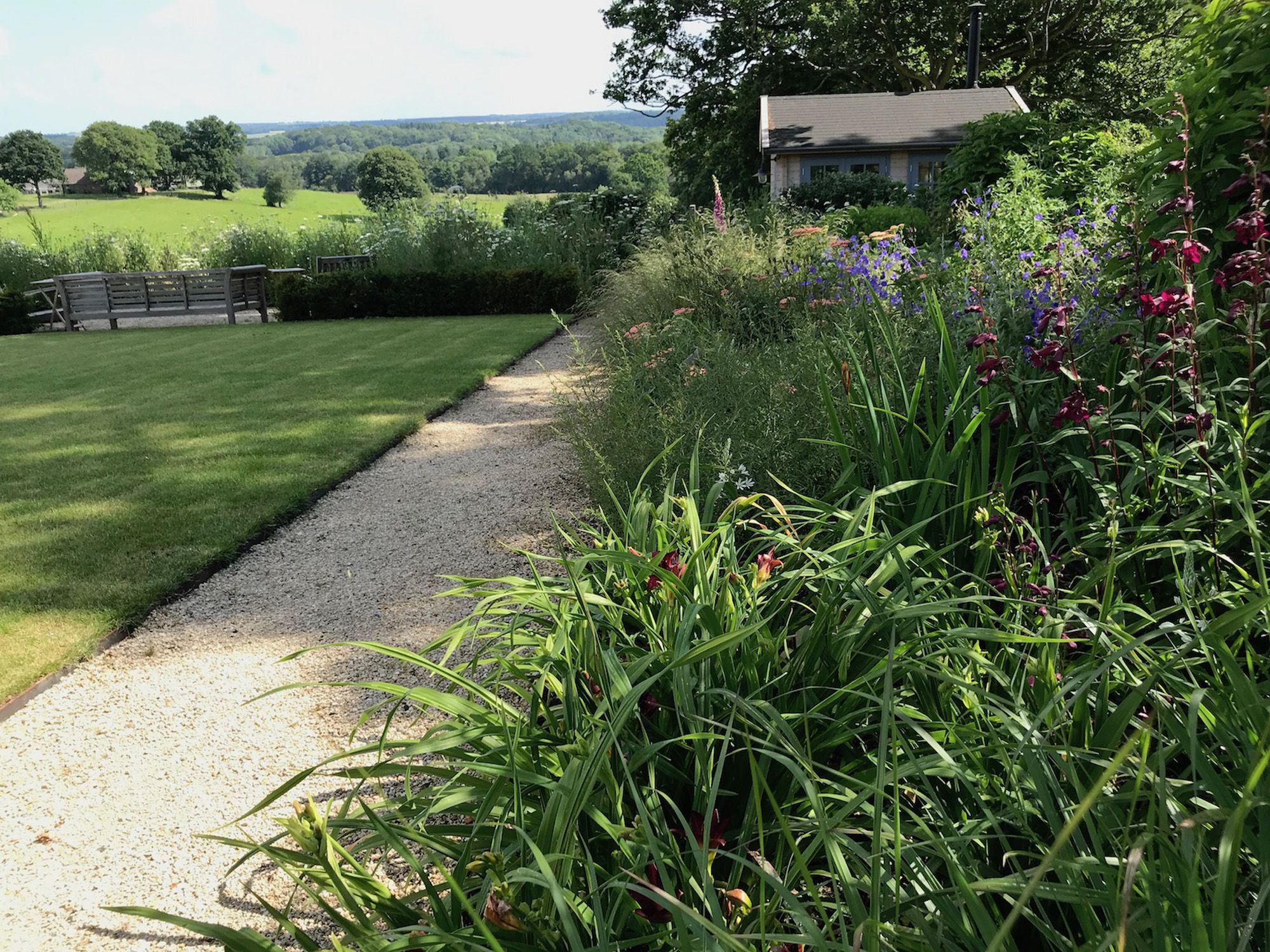 To the foot of the lawn is a low Yew hedge, which is essentially a full stop to the formality of the garden, beyond which meadow turf has been laid around a gravel terrace. This gives a rustic feel to the space where one can enjoy evening drinks in the fading sun. The summerhouse is nestled within this meadow, whilst being slightly obscured by organically clipped Hawthorn shapes. Within the meadow sits a low ha-ha wall, which creates the infinity view that can be seen in the pictures. 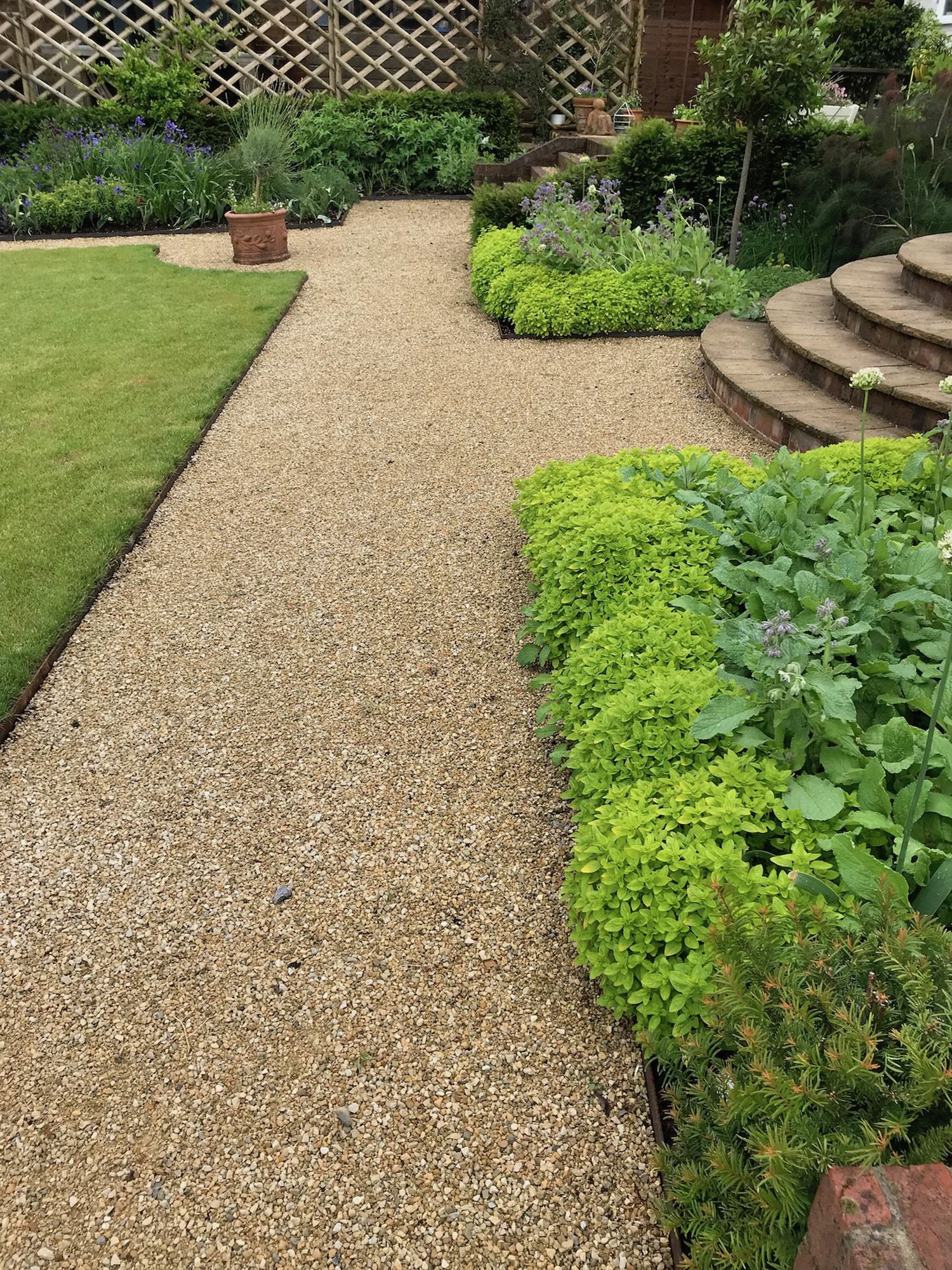 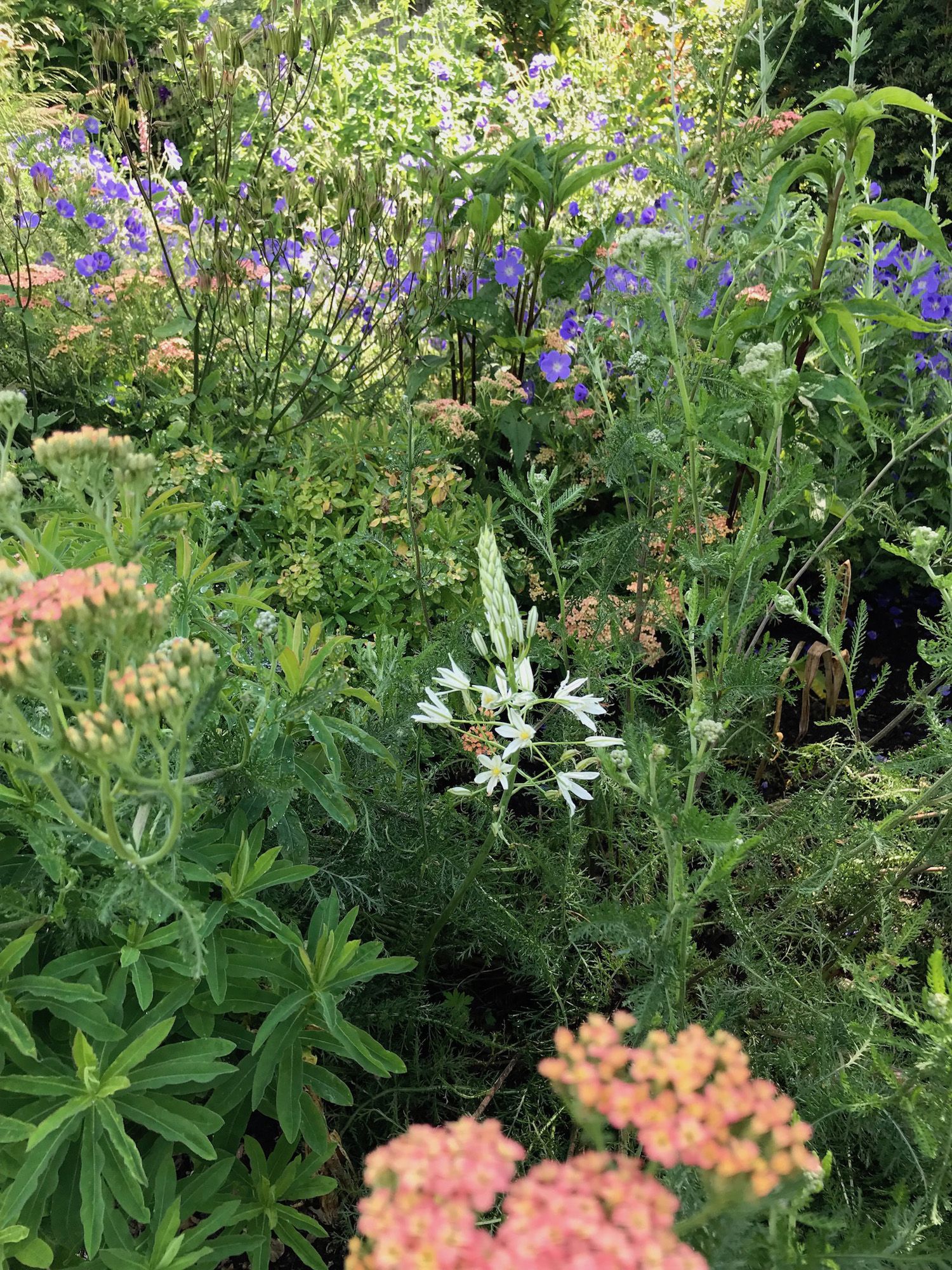